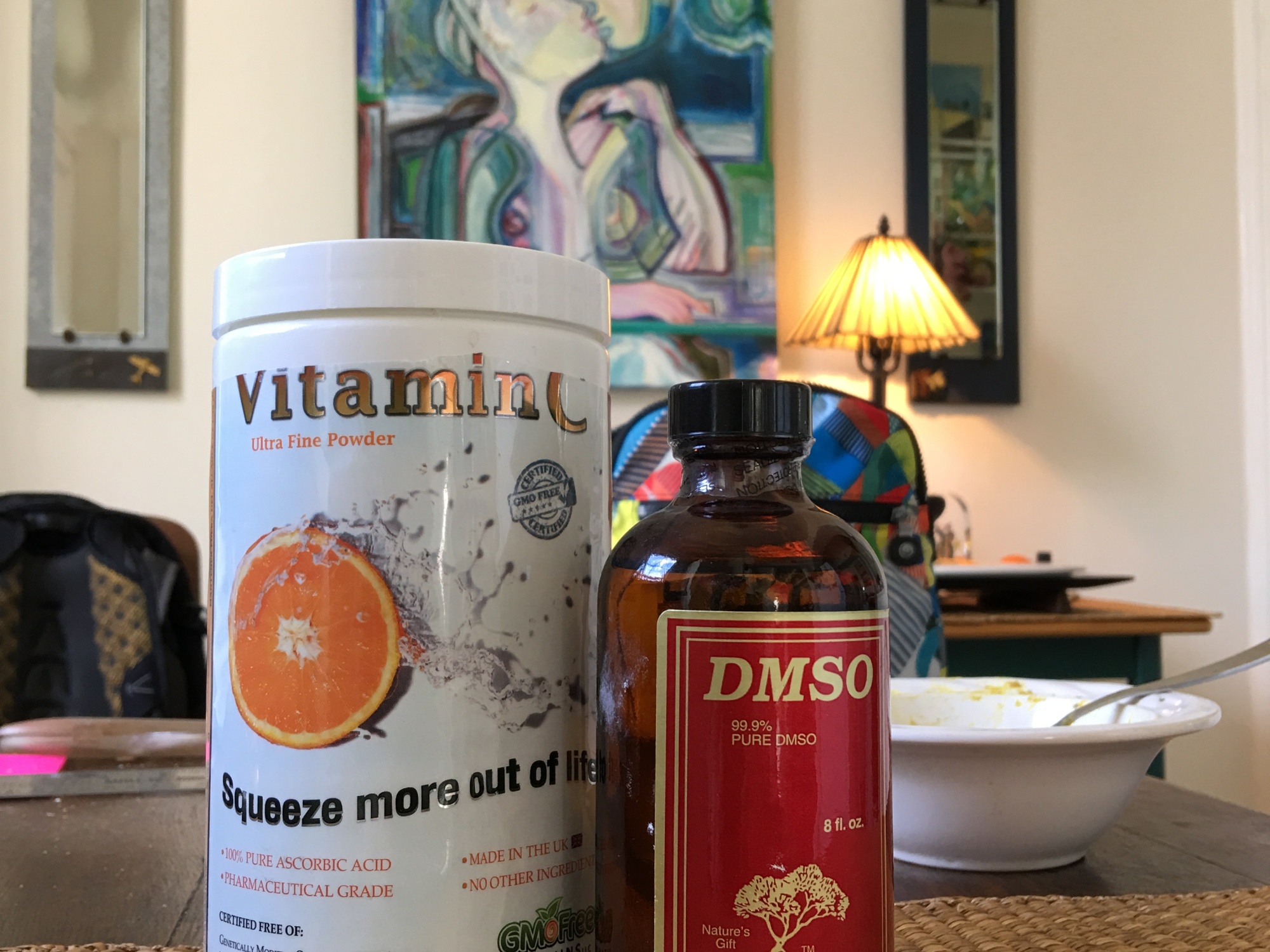 Well ….. Again what 24 hrs in living in the space between the stimulus and response. Haaaaa … You have to have fun with it. I not only found th tinctures that either you can mix up on your own or buy on line that have been used by people to avoid the invasive surgery of non melanoma skin cancers. It seams, because it is such a slow growing cancer that many people have tried alternatives. In fact I got the third one from the guy at the vitamin express store that’s what he used.

Here is an piece of the article from Dr Julian Whitaker’s webpage. There is another account of a woman that tried almost the same thing and she had the aggressive form of melanoma.( I will provide that link at the end of the blog.

Now that you know the basics, I want to share a personal story with you. Back in 1995, I developed a basal cell carcinoma on my right ear. This crusty, raised lesion, about a half-inch in diameter, itched a bit and bled every once in a while. My dermatologist recommended surgical removal and a skin graft but I opted to try a less invasive route first. I mixed up a paste containing vitamin C and DMSO (dimethyl sulfoxide) and applied it to the affected area a few times each day. In just three and a half weeks, the basal cell carcinoma had completely disappeared—a fact confirmed by my flabbergasted dermatologist. ” Dr Julian Whitaker

next at the end of the article she talks about a product she purchased when she had another skin problem on her cheek , she used Curaderm. According to her it is made from eggplants. I looked up this product and it is $144.00. Ok that not bad if it works….. Could be your co-pay,

because I already have the Vitamine C crystals and the DMSO … I am trying the first one.

I have taken a selfie about five days ago and will post before and after pics after the 31/2 weeks are up ….. Or if it happens quicker I will share.

I am applying my thoughts now to the canvas utilizing these moments to create using my intentions for healing.  This is where I get to co-create with that magnificent Source …. These canvases will be part of a show called Level 540. I do not know where it will show yet …. I just know I need to paint it.  Talk to you all soon.

Link for the story of the girl with melanoma and her success using vitamin C andDMSO http://alternativecancer.us/jett.htm